Things have been quiet. Between re-writing history in Crusader Kings

(In a minor battle with a rebelling duke, Morgan took a blow to the head and went into a coma. He died a few years later, and the succession did not go smoothly: His son did not have enough land to raise many personal levies, the English throne did not pass to him at all, and the rest of his dukes rose up in rebellions. There was no doubt he was going to be relegated to being a minor duke while someone else sat on the imperial throne (and several someone elses sat on the thrones of the various Kingdoms I’d united.) Ah. C’est la vie.

I have been trying out Company of Heroes 2. I only picked it up the other day on special. It’s got some nice features, but it is very similar to the original – so I expect this flirtation to be fairly short-lived.

I got the same feeling when I played Batman: Arkham Origins. It was a good game – practically identical to the previous game… and I loved that game so it should have been all good. I loved it, but it didn’t have the staying power, because I’d done it all before.

Anyway. I’m a ways into this post and haven’t mentioned anything about the headline yet. 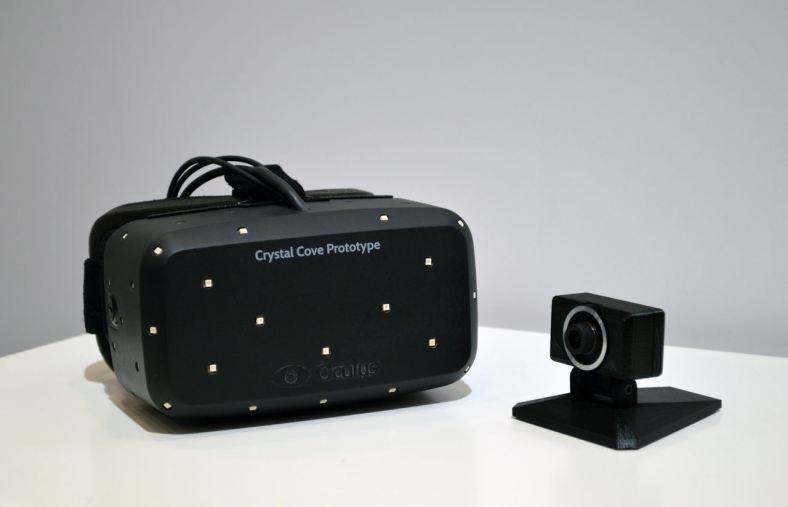 The OR has a 1080p version floating around, and, separately, a version that has positional tracking – dubbed Crystal Cove. So let’s tally a score, shall we?

Traditional VR problems, that the OR also had:

That’s doesn’t leave many things left for the OR to solve. You’d want the screen-door fixed just so you can compete with monitors, and 1080p resolution is acceptable, but because our eyes are so close we really do need extremely high resolution to be able to comfortably read text etc. I have a sneaking suspicion they may try and work around it, though (e.g. UI’s that make use of the stereoscopic features to “float” it at a comfortable reading resolution.)

In any case. They could ship tomorrow with quite a successful product. If they can solve the screen-door effect, and combine all these features into one mass-produced device then I’d say they’re ready to go. And maybe they are…