There would have been only one season of Battlestar Galactica.

A group of 4 of us (1 Cylon, 2 Humans, 1 Cylon Leader) were playing the new Daybreak expansion. Things did not go well for the humans: 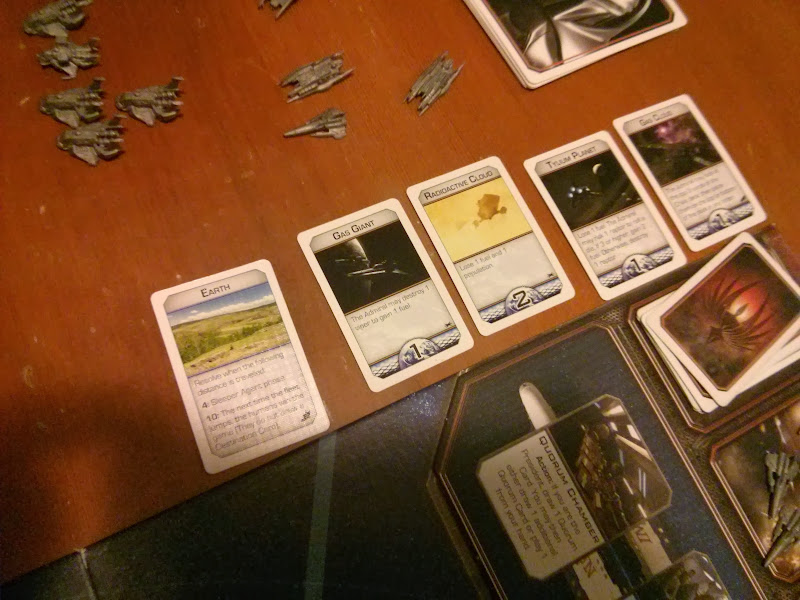 Do you see what I’m seeing? THREE distance-1 jumps. Our Admiral was NOT a Cylon (the Cylon having revealed reasonably early so we also KNEW the Admiral wasn’t a Cylon.) This means (and he confirmed at the end of the game) that the Admiral was presented with 2 distance-1 options THREE TIMES out of 4 jumps.

What chance do we have with draws like that? I would have never thought this would be a possibility (maybe only distance-1 options ONCE, but 3 times!?)

If the Cylon wasn’t already revealed there would have been NOTHING the Admiral could have said to prevent being brigged. Sigh. Damn luck.

3 thoughts on “If the Show’s Characters Had This Luck…”