I decided it was about time to clean up my keyboard. It’d been around the block a bit: 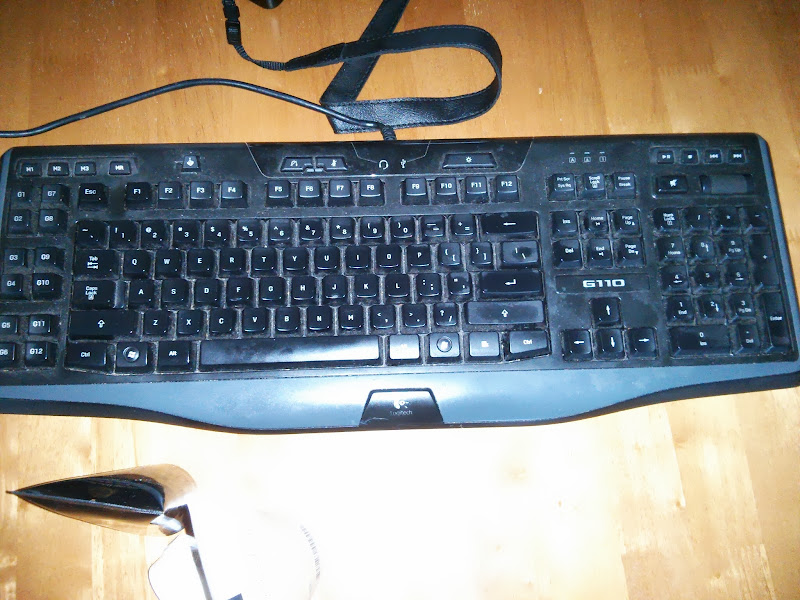 I’ve seen worse, but it was pretty filthy. A lot of people were espousing methylated spirits, or isopropyl alcohol. I don’t think I needed to go that far.

Prying the keys off: 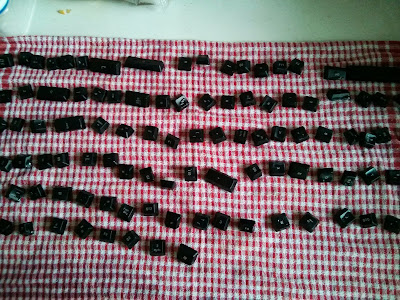 Dropping them in a bucket with dishwashing detergent.

Using a can of compressed air to blow out my keyboard with the keys off, followed up by a wipe with a damp cloth (dipped in the key’s bucket.) The biggest hurdle here was finding a can of compressed air. Those things are so hard to locate around here! Dicksmith is never any help, and the local PC store I went to was similarly useless. I got the last can from a hardware store. This is not the first time I’ve struggled to get a simple can of air. Word of … caution… I guess? (It was less dangerous and more cool) was how cold the can gets when you use it: 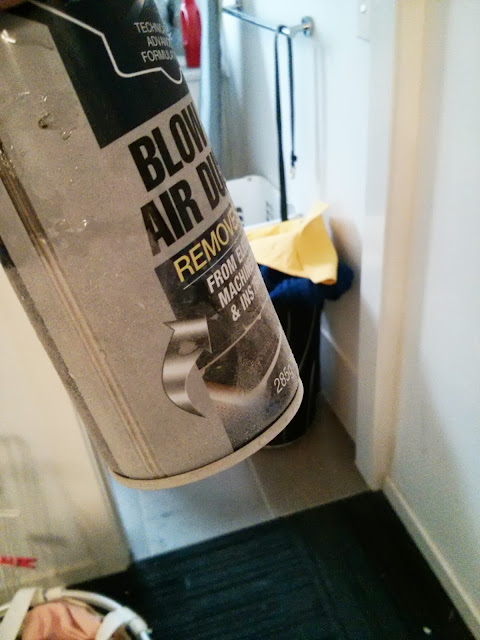 (not pictured was the smoke curling off from freezing the moisture in the air.)

Putting it back together was like playing Scrabble. What can be spelt with these letters? Any ideas? 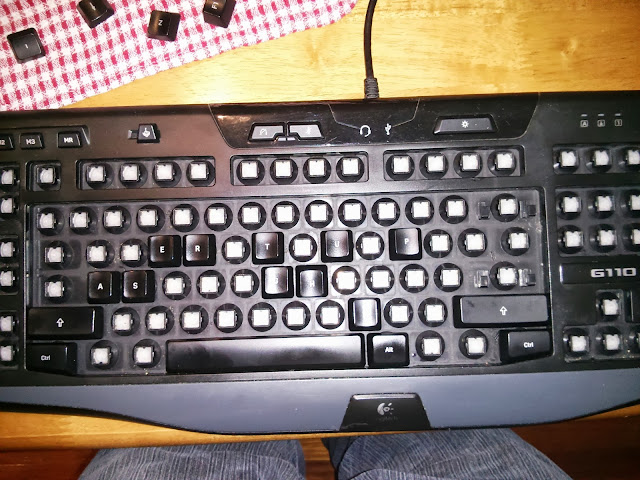 (And bonus points for pointing out the mistake I had to later correct.)

And the final result. Much nicer! 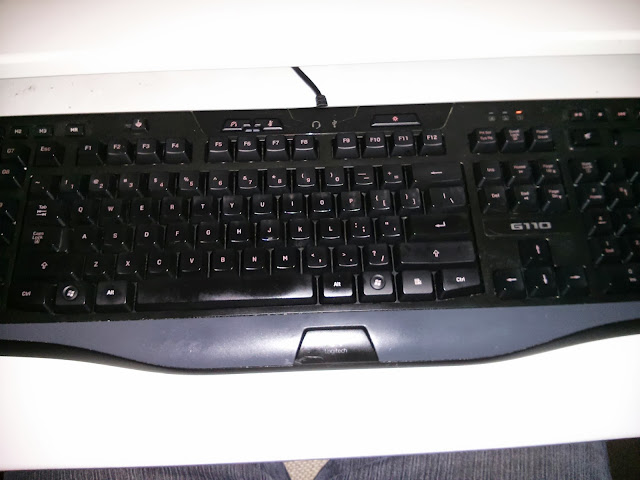